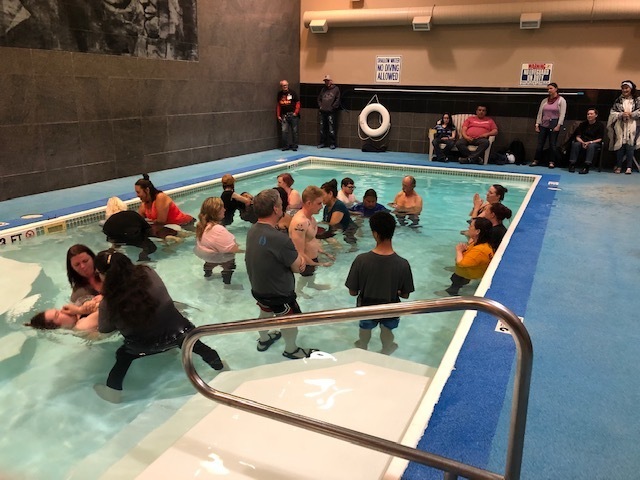 Suzette and I had the privilege of taking a group of 6 disciples through a one week training at the Keystone Project in Keystone South Dakota. The disciples were from 4 different locations where we have started new works. We served as coaches for some of the students. Suzette and I have coached at many such trainings. This week had many students from a variety of backgrounds and locations from around the country. A portion of the group were Native Americans from several locations and reservations.

The training was taught by Richard Greene. The call of the training is to go into all the nations and make disciples that make disciples. The emphasis is to go to the unreached peoples of the world. After 5 long days of powerful teaching and prophetic preaching, many of the students were so moved that they rededicated their lives to God's mission through baptism. We were able to particpate in the baprism of 14 committed disciple multipliers.

We highly recommend this training. It is offered throughout the year. The sessions last from 1-4 weeks. They also have an online Academy for those who cannot make it to Keystone South Dakota. Learn more at Home | The Keystone Project