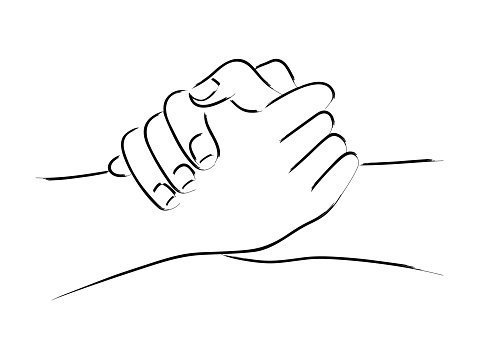 Fourteen years later, I turn that statement around in my mind often. I think about Sun Ministries, and all of the people that I have known throughout my years as a missionary with them. Only recently have I made the connection between that statement and the fact that I've dedicated my life to a discipleship driven life of ministry.

It's a pretty big connection.

See, when I look at who Jesus was and how He chose to minister, I see a man who chose relationship as His main avenue of bringing people into the Kingdom of God. He chose relationship because it reflects the heart of the Father. The deep love, care, and protection we see in the twenty-third Psalm is the framework for fruitful discipleship. He chose it because it requires the fruits of the Spirit. You cannot disciple anyone without them. Without love, joy, peace, patience, kindness, goodness, faithfulness, and self-control, discipleship becomes an exercise in our own pride and self-righteousness rather than a deeply thriving relationship that spurs us on to Kingdom purposes. Most importantly, I think, Jesus chose discipleship because it exemplifies the work of the resurrected Son.

Humankind fell in the garden because Adam and Eve chose their own way instead of God's way. But, the spiritual thing that happened wasn't that we go to hell if we don't ask Jesus into our hearts. It was so much bigger than that. Relationship was broken in the garden-- relationship between God and man, man and creation, and relationship between man and fellow man. This is what Jesus came to repair. This is why Jesus chose discipleship as His ministry, and why Sun Ministries has decided to follow in His footsteps.

Will you follow in His footsteps? To find out more about how Sun Ministries has decided to make disciples who make disciples, you can connect locally at one of our locations (http://www.sunministries.org/about), or check out our virtual discipleship groups.

Getting to Know Them