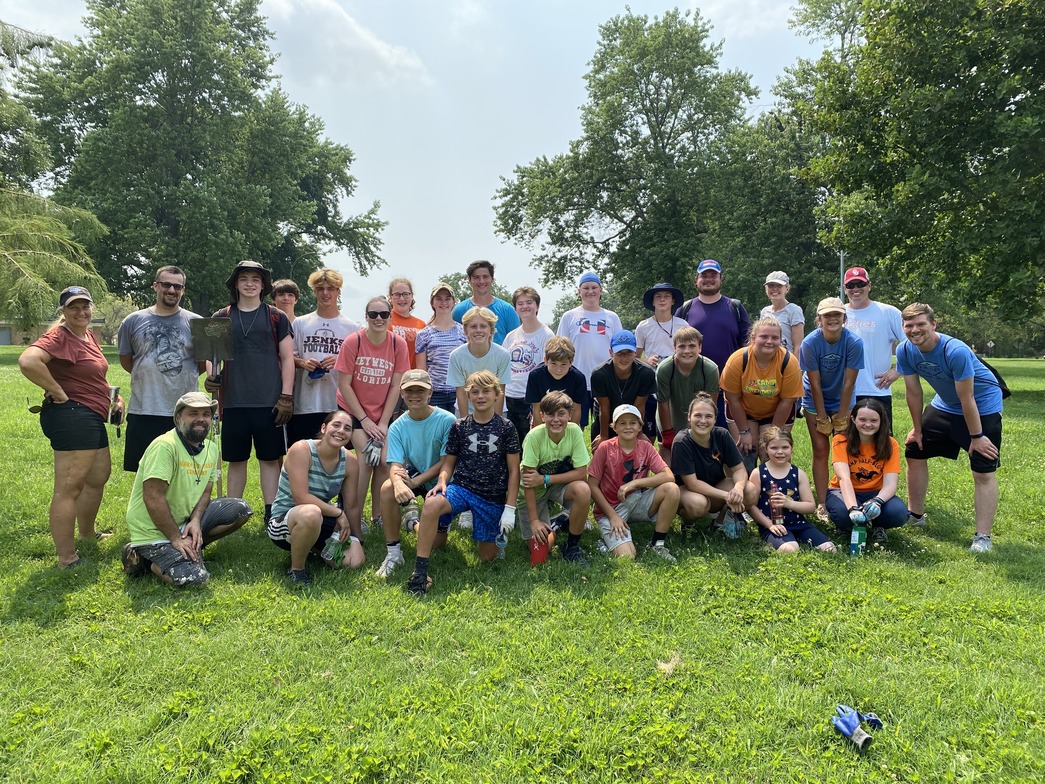 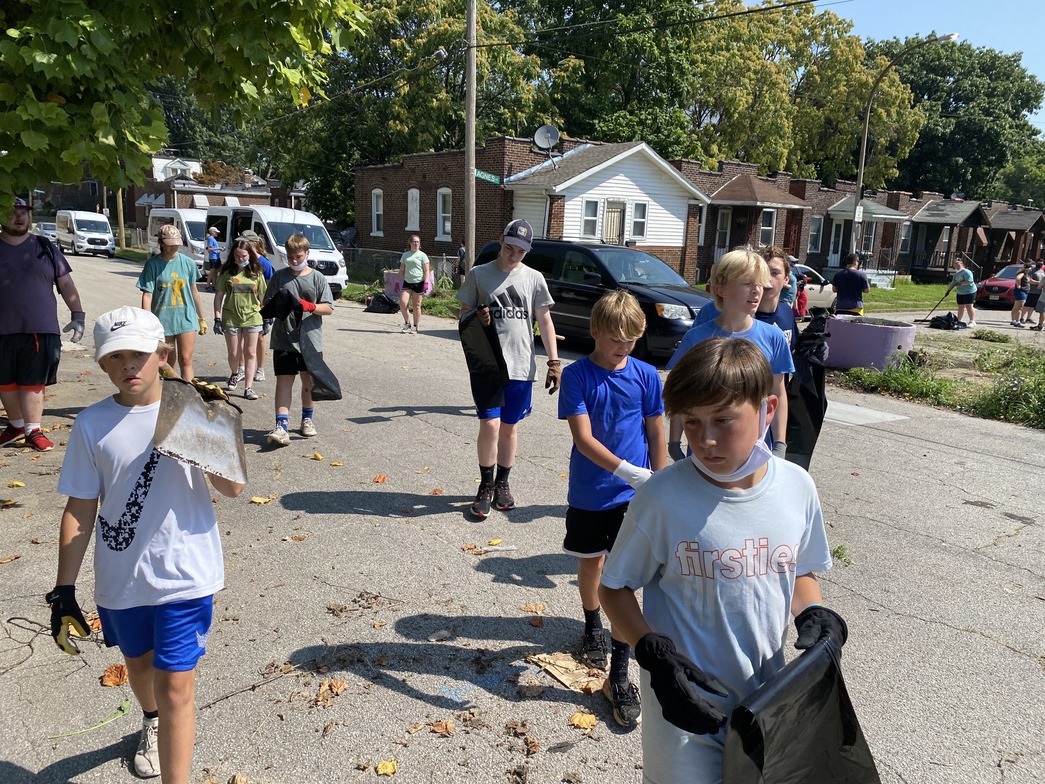 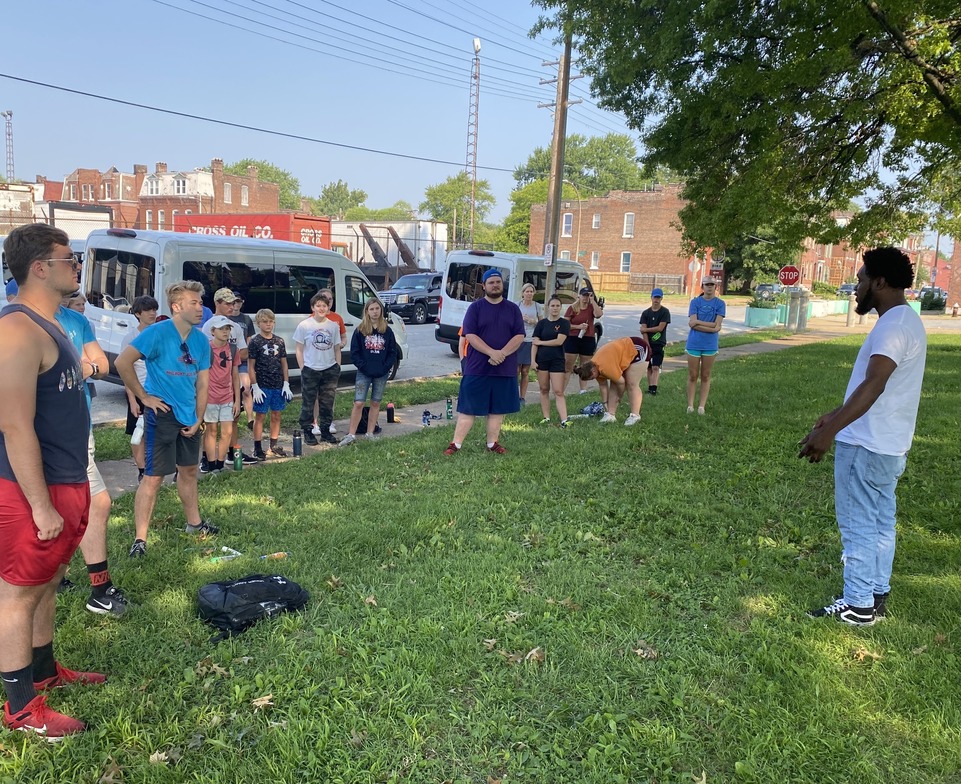 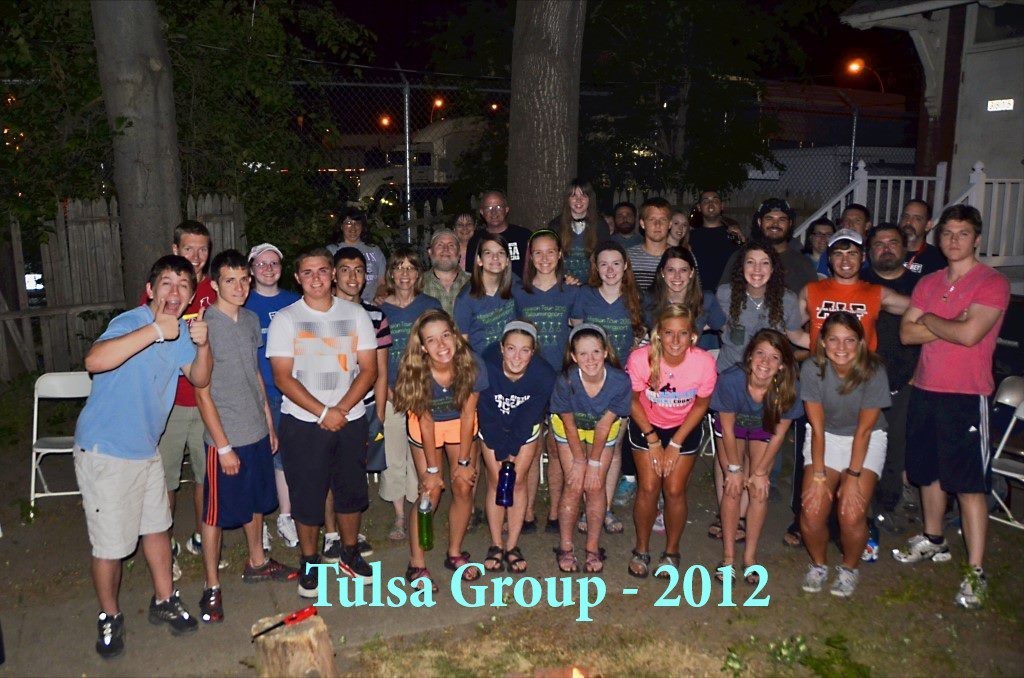 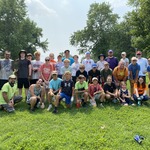 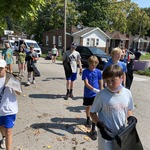 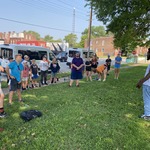 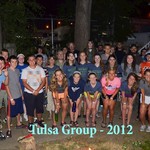 On July 26-28, we hosted a volunteer work group from First United Methodist Church - Tulsa. They sent 30 volunteers, working in the heat for three days to serve our community.

This was not our first time working with FUMC Tulsa. They sent one of our first big volunteer groups way back in 2012. Their intended host ministry canceled last minute, and they ended up finding us. This most recent group was the fourth one they've sent here.

Our goals were to serve some of our residents we've been helping through our Community Pastoral Care Network. We also wanted to address some problem areas in the neighborhood. The group worked so hard that we were able to exceed our goals and hit a couple extra problem spots.

To start out, we cleared an overgrown vacant lot that has been the site of lots of crime, including gun fights and a recent incident of arson. This lot is across the street from two of the homes we've rehabbed in the neighborhood. One of them got a bullet through the front window because of the violence happening in that lot. While we were working, the city forestry crew came by and agreed to remove all the extra brush for us. We also cleaned up the block around the lot.

In the afternoon, we helped one of our Community Pastoral Care Network (CPCN) residents who has had some recent health issues. We cleaned up her block and removed some brush from her yard.

Day 2, we started out the day reviewing James 1:27, which says, "Pure and genuine religion in the sight of God the Father means caring for orphans and widows in their distress and refusing to let the world corrupt you". Then we took them out to serve some widows. We went to the home of one of our CPCN residents and cleared the overgrown plants in her yard. We also cleared the vacant lot next to her home, where a relative of hers was shot. At lunch, we reviewed the concept of "pastoring the community" and how we developed the CPCN. In the afternoon, we had one team clean up some illegal dumping, while another went to yet another CPCN resident's home to clean her gutters and pick up trash around her block.

Day 3 started with a visit from our alderman, Brandon Bosley, and councilwoman Lucinda Frazier. They shared their heart for the city and community, and thanked the group for coming in to serve. Alderman Bosley joined us for some trash clean-up as well. We were able to clean up the blocks around several of our CPCN residents. That afternoon, we cleared overgrown brush and trash from an alley that has seen a lot of crime over the years.

We began this work group by sharing the Good News of the Kingdom of God, through a tool we call "the three circles". It is a simple visual tool that has been around for a while to help people share the Gospel. However, we contextualized it to tell the story of Jesus' good news, and how that calls us to join Him on His mission to "proclaim good news to the poor...proclaim liberty to the captives and recovering of sight to the blind, to set at liberty those who are oppressed" (Luke 4:18 ESV). We taught them about how to pastor the community, then took them out to do real, practical work to accomplish that.