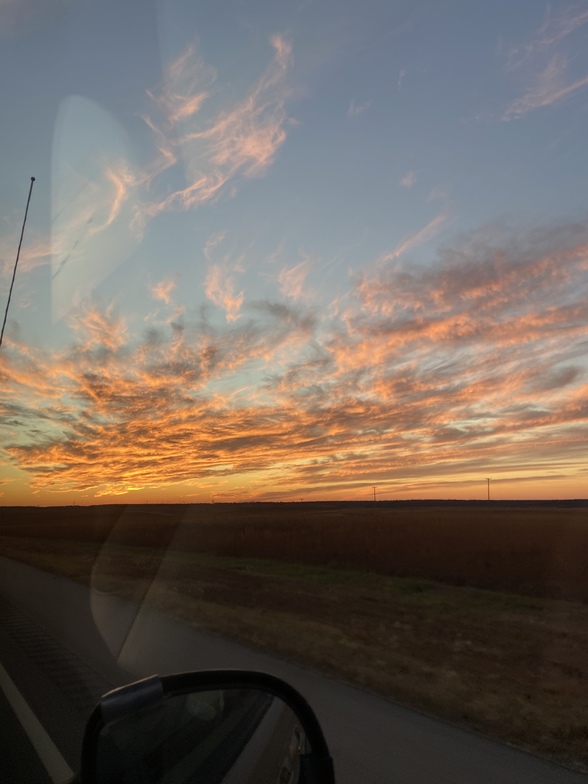 In January of this year, we packed up our little family and took a road trip to Barnsdall, Oklahoma. With a population of less than two thousand people and bitter cold temperatures, Barnsdall wasn’t the most promising “vacation” spot.

But, as we drove through the winter-worn rolling hills speckled with barns and charming farmhouses, I felt something welling up in me. Rural Oklahoma was the last place I really wanted to be. I’ve said so many times that it would take a booming voice from God for me to move back to a small town. In January, instead of a booming voice, I felt God whisper to my spirit, “Just let it woo you.”

That first visit was a nightmare. The first night we were there, my son became sick with a fever and cough. My daughter followed a day later with vomiting. It was a couple of days before Mark and I were also down for the count. Everything we were supposed to do ministry-wise was canceled, and we ended up tag-teaming who was going to sit up long enough to care for the kids.

I was not wooed, folks.

Shortly after we returned home to St. Louis and recovered from whatever ridiculous illness we had contracted, the Coronavirus pandemic closed in on us. St. Louis city was placed under stay at home orders, and my already isolated life got even smaller. I prayed a prayer that has become a second language to me... a prayer that God has answered so many times in so many ways. I asked Him to fix it.

And He did. But, He didn’t end the pandemic and He didn’t give me social opportunities in St. Louis. He decided instead to give me more room and plant my feet where my calling could be put to use. He sent me to Barnsdall.

We returned in May for a siding job, and ended up making plans to return. All summer, we bounced back and forth between small town and inner city. We’ve seen God move in us and around us. We’ve seen people powerfully moved by God, as well as people powerfully rejecting Him. We’ve experienced blatant attack and overwhelming blessing, and we know, we know, we know... God is just getting started here.

On our trip back to St. Louis over the Thanksgiving holiday, my brother asked me how it felt to be back in my own home. I very honestly answered that both places are my own home. Both places have grown, challenged, and nurtured me. Both have given me a place to take root in season.

And I can’t wait to see what’s next.