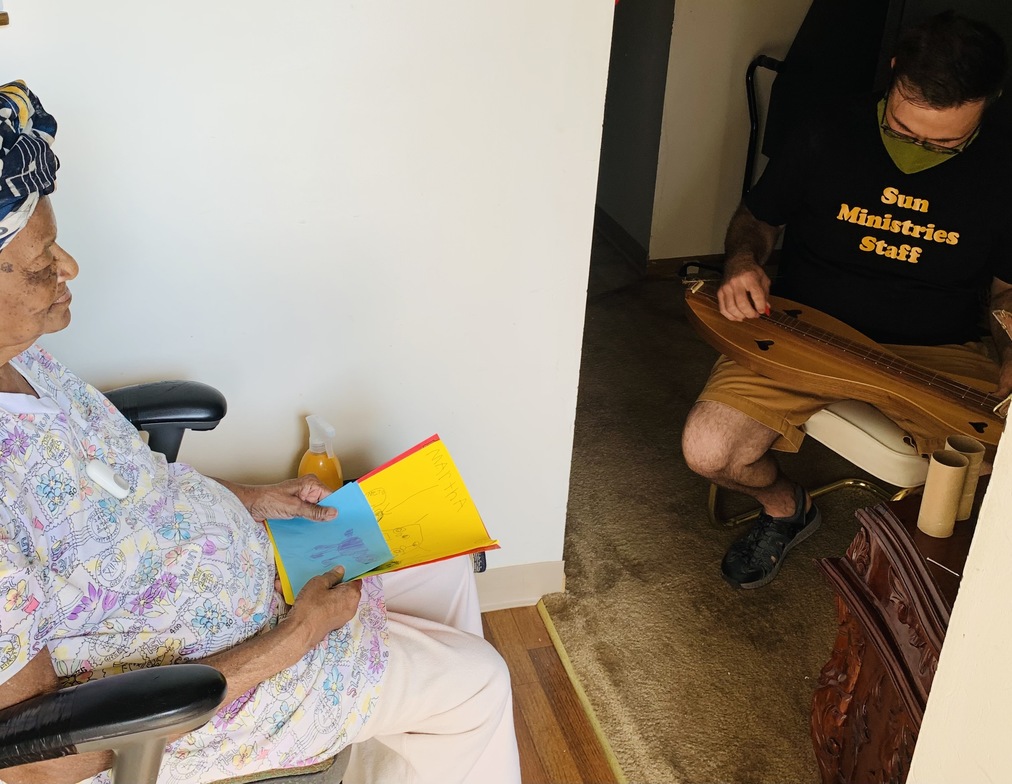 In some ways, this pandemic brought the world to a standstill. Or at least slowed many things down. But that doesn't mean life stopped.

I personally know people who were married, have gotten divorced, changed jobs, have given birth, and have passed away in this time. These significant events could not be shared like we used to.

Our Community Pastoral Care Network has been focusing on aiding the elderly in our neighborhood. Many are widows, and we have found that they have been cut off from their social life. They can't visit with grandkids and friends. They can't go to church. They can't simply share day-to-day life with others.

When crafting the CPCN, we were immediately focused on meeting needs and keeping the at-risk safe. We also knew that alleviating fear would be important. And while we've done necessary home repairs and delivered dozens of boxes of food, I believe our most significant ministry is simply being with these people whose lives have been so disrupted.

Many of our virtual volunteers have reported having long conversations over the phone with our CPCN participants, talking about everything from the Bible to new babies.

Let me share with you our experience with one participant, a wonderful woman named Martha.

Martha is a widow and lives alone. Her health has been up and down for a while, and she wears a medical alert device. In addition to making weekly calls, we regularly bring food to her.

The first time we visited her, she was so excited just to be with people. We talked with her for a bit, and she shared that one of her sons had been murdered years ago, right after he became an attorney. We just sort of stood in silence with her. What else can you do then? We asked to pray, and after we prayed, she offered a fervent and joyful prayer, thanking God that she could just be with us.

Weeks have passed, and we've gotten to know Martha pretty well. We learned she is not completely alone, and has a couple friends that check up on her weekly. One day, when we called to let her know we were on our way, she sounded miserable and tired. When we arrived, she did not look like the same Martha. She had had a terrible week. She had fallen in her home and hurt her hip. Her neighbor had passed away. Worst of all, the son of another neighbor of hers was murdered. All this tragedy brought up her old wounds. She cried and we again sat in silence, unable to even hug her for fear of getting her sick. She looked at me and said, "Why is this happening? Have I done something wrong?"

I told her no, she hadn't. But evil people have done evil things, and sometimes things are so wrong they don't make any sense. We reassured her that God loved her, and made sure she had people in her life so she wouldn't be alone.

I left feeling insufficient and useless.

On another visit, we had cheerful talks about my kids, and I played her some old hymns. For her birthday, some of our missionaries sung to her in her front yard and brought cards and cake. She had another health scare and we were over as soon as we could to make sure she had all her basic needs met and was doing okay.

Throughout these months of getting to know Martha, I've been overwhelmed by the happenings in my own life, and the obstacles that she faces every day. Then my own words to Martha became very real to myself. God, in His love and grace, had sent us to her, to make sure she would not be alone. We were certainly insufficient. I cannot prevent her from falling, bring back her son, or prevent her loved ones from dying. But Jesus can be present with her, through His Body, showing her love and concern when the world refuses to stop when the worst things happen.